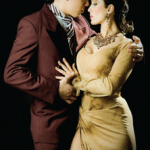 Stanford Tango Week, later to become Nora’s Tango week, is believed to be the first Argentine Tango Festival in the United States. Nora, along with her late-husband Raul Dinzelbacher, were the first Argentine Tango instructors at Stanford Tango week in 1991. Nora was involved with Stanford's yearly Tango festival until 1997, when the Stanford Dance Department decided … END_OF_DOCUMENT_TOKEN_TO_BE_REPLACED 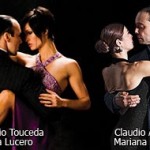 It’s that time of the year once again. The Argentine Tango USA Official Championships and Festival takes place in San Francisco at the end of March. Now in its third year, this event has grown in both popularity and quality.  Andrea Monti and Hugo “Gato” Valdez, two well-respected Argentine Tango Maestros, are responsible for bringing this exciting event to San … END_OF_DOCUMENT_TOKEN_TO_BE_REPLACED 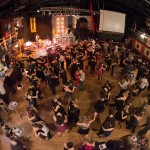 The 2012 San Francisco Tango Marathon has now come and gone, leaving us dancers craving more. The festival started off with a bang at Broadway Studios, a place fondly remembered by veteran tangueros here in San Francisco.  The dance floor is on the smaller side for the amount of people that showed up, but it was good a good reminder on how to dance in tight spaces. The … END_OF_DOCUMENT_TOKEN_TO_BE_REPLACED 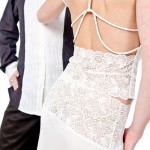 San Francisco Tango Marathon Starts Friday Night! 400 dancers have already registered and purchased the passes (almost half from out of town). Friday's venue is at the classic and much loved Broadway Studio with LIVE MUSIC: by Seth Asarnow y Su Sexteto Tipico +1 and DJ Robin Thomas. Saturday starts at 12:30pm with a special lecture by Derrick Del Pilar on Tango Lyrics.  … END_OF_DOCUMENT_TOKEN_TO_BE_REPLACED 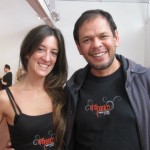 The third annual Antipanico Tango Festival held in in San Francisco's Mission district not only survived it's third year but it flourished. So, the headliners, Sebastian and Mariana had to cancel less than a month before the event, but that did not keep the Tango addicts from showing up and the event being enjoyed by everyone.  Both Friday and Saturday night, dancers continued … END_OF_DOCUMENT_TOKEN_TO_BE_REPLACED

SF Loves Tango seeks guest writers. Do you have a Tango story you want to share? Or just want to write about your experiences? Send in your story ideas to info@sflovestango.com for consideration.