They say you always remember your first time.

And in the case of Tango, you always remember your first Tanda with someone new.  I believe that memory stays with you no matter how many more times you dance with that same person. The first time I ever danced with Jay Abling was at the Saturday night Grand Ball at the Portland Tango Festival circa 2009. His embrace was soft, yet his lead was clear and musical.  I felt like I was an amazing dancer and could do no wrong, as any good lead makes you feel.  Later that same evening, Jay played the piano while one of the visiting instructors performed, and then played again with “Conjunto Berretin”.  Needless to say, I was duly impressed. 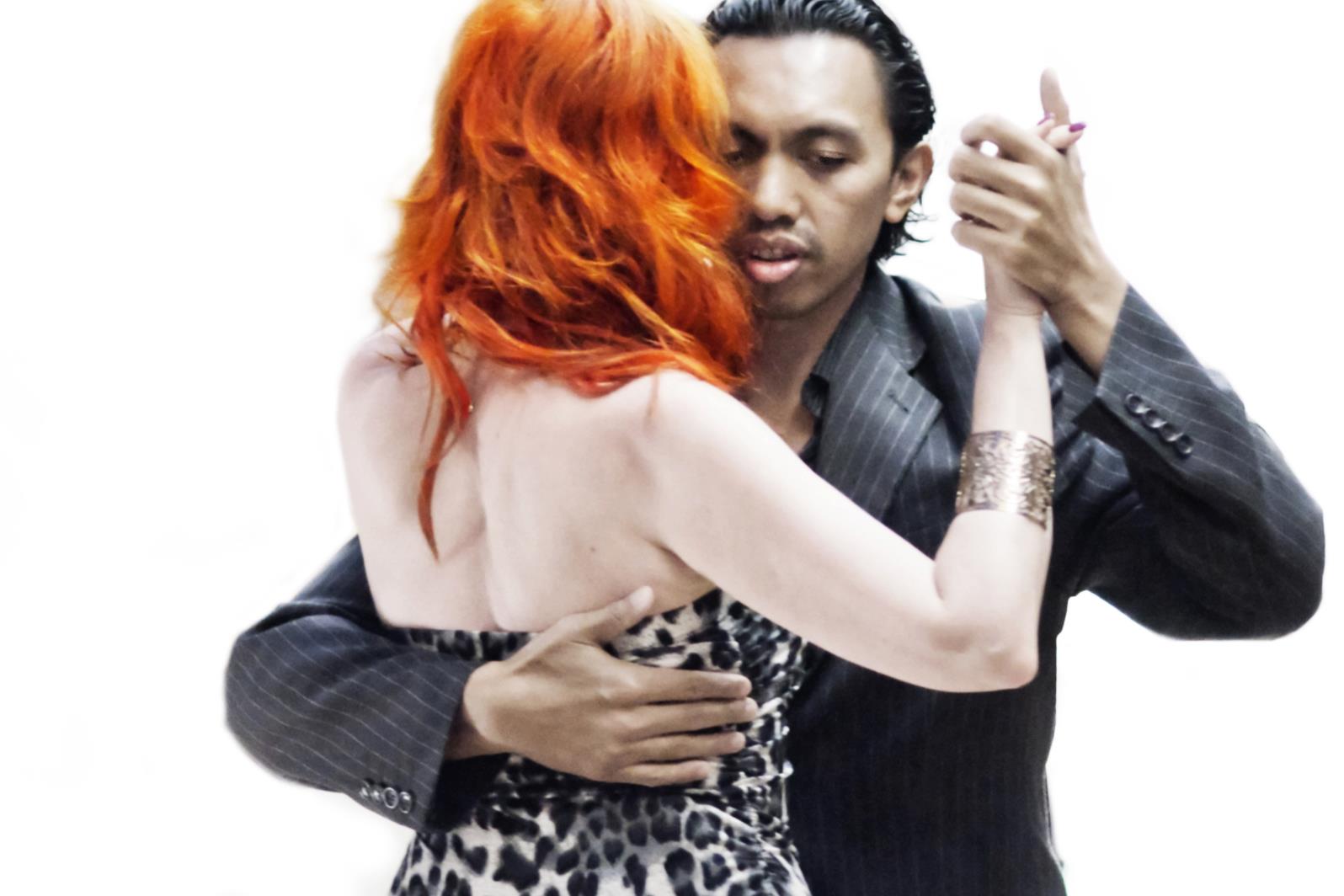 Some of you may be well acquainted with Jay Abling, as he has been teaching, dancing and traveling all over the states for many years now. But what do we really know of Jay? Two things we do know: he is a well-respected Tango teacher and performer and second, he is quite incredible on the Piano. I decided to ask him to expand on these two subjects. This is what he had to say:

“My maternal grandmother loved to play the piano whenever she came to visit us. She didn’t know how to read notes and played mostly “by ear.” One day she sat me down on her lap and told me to play 3 notes anytime, while she played on the lower half of the keys. That was my love connection with the piano. My parents had us take lessons at the age of 6 but it was short-lived. After 3 months of dull exercises, I quit. Eight years later, two of my best friends invited me to a recital. They did a skit on the piano while continually playing through Joplin’s “The Entertainer.” I was captivated, and soon after, jumped back into private piano lessons. I stayed on until I graduated high school and continued to play in college. It was there that I learned to play improvised Jazz and Blues, instead of the daily dose of classical repertoire. The combination of the latter styles evidently was useful in learning tango piano. It was Joe Powers who first enticed me to play some tangos with him which eventually led to playing some gigs with Alex’s Conjunto Berretin. Intrigued with the new form, I sought some advice on technique from a phenomenal musician and peer, Evan Griffiths. From there, I just went on to play with Homer and Korey’s Tango Jams at festivals. I still play tango piano on occasion but I’ve been focusing lately on some Chopin pieces. I may play with orchestras but currently, I’m more focusing on my teaching, djing and dancing.”

“It all started with a bet. Back then, I was an event planner working on a major fund raising gala. I wasn’t so optimistic about breaking even but my boss was convinced that we would go beyond our mark. We made a bet: she would take Swing lessons if I win. I lost. We ended up taking a month of tango lessons but I didn’t really like it. I went on with my Swing, Salsa and Tap dancing. After ten years of Swing and five years of Salsa, I needed a new dance. So after eight months, I find myself back in a beginning tango class. I just dropped in a couple of times. One of those times, I met one of Seattle’s tango DJs who told me that men learned with other men before they were even invited to go to a milonga. Evidently, men learned to follow (somewhat). So I decided to take private lessons from the same DJ but not as a leader; I wanted to learn to follow first. And I did. I even danced on heels. Granted they weren’t very high, maybe two inches. I wanted to know what I was going to lead and from my experience in Swing, the best way to do that was to learn to follow. After five months I left tango again. I went on to pursue other artistic expressions — singing for the Seattle Symphony Choral and performing at musicals. After a year, I decided that it wasn’t the life for me. Once again, I found myself in a beginning tango class. I was able to pick up a lot more this time around, and unfortunately, found the class on the slow side. The teacher noticed that as well. He refunded me my money and recommended that I should try Jaimes Friedgen (who just recently relocated to Seattle). I took a workshop from him and continued to take his classes. As fate would have it, he was leaving for a while and wanted to train me to take over his classes. At first I hesitated to accept but I changed my mind when he offered to give me his music as well. So I took on his classes, on top of my full-time graphic design career. Upon his return to Seattle, I moved to Portland and from there moved on to become a full-time tango teacher.”