“La Milonga de San Anselmo” will be celebrating their grand opening Friday, May 25!

Here is your chance to dance to one of San Francisco’s most popular orchestras at a brand new milonga in Marin!

Their style of playing ranges from the tango orchestras of the 40’s to the more contemporary arrangements of well-known tango pieces. They are always a treat to hear, so even if you don’t dance, come and enjoy this orchestra playing renditions of authentic tangos.

Seth Asarnow is a native of the Bay Area and a bandoneonist with a repertory consisting of hundreds of tangos. He has been a featured soloist at Davies Symphony Hall with the San Francisco Symphony and has performed Piazzolla’s Four Seasons with Donald Runnicles and members of the San Francisco Opera Orchestra. Sextet members include: Julian Ramil, Cynthia Mei, Michael Thomas, Dan Highman, Christopher Johnson. 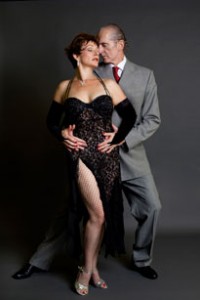 Debbie and John teach teach regularly at the Knights of Columbus Hall in San Anselmo. They offer a full program of classes from beginning to advanced levels, a weekly practica, monthly milonga and an annual student’s theatrical dance production. For more information visit: www.AlmaDelTango.com

Cost: $15 class & milonga/ $10 milonga only
The San Anselmo milonga will be held regularly every 4th Friday