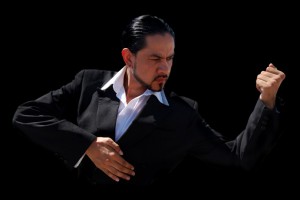 Orlando Farias, a native Argentinean, Tango dance performer, teacher and choreographer, travels the world extensively sharing his talent and enthralling audiences. His travels have taken him to Canada, Europe, Asia and South America, and the United States. He began his artistic career participating in all the many tango dance shows, including La Ventana, Senior Tango and Michelangelo. Orlando has been part of international companies such as Tango Metropolis, under the direction of Daniel Binnelli, Tango Venus and Copes Tango company of Juan Carlos Copes, among others.

Orlando has also directed and choreographed his own Tango show: “Tango Elite”. Most recently Orlando was a guest artist with the Washington National Opera (“From My Latin Soul”) which featured PLACIDO DOMINGO, and with the Walter Rios Orchestra in the Tango show called: “Tango Nuevo Cabaret”.

Orlando is now director of Leaders Tango Week which will take place this August from 5 to 11, 2012 in Buenos Aires and will host some of tango’s greatest.

So now you know all about Milonga… but what is Cayengue?

‘Canyengue’ is the term often used to describe the first dance recognized as ‘tango’. Canyengue first appeared in the slums at the outskirts of Buenos Aires around the turn of the 20th century and is considered to have lost its popularity by the late 1930s, when ‘tango de salon’ primarily replaced it as the predominant manner of social tango dancing.

Tango Canyengue is a fun rhythmic improvised dance.  Notably, walking with ground contact, with cadence, marking the rhythm with each step. It utilizes a change of weight that you do not see but very much feel. It’s style is unstructured and free of choreographed sequences, but with rapid playful movements of the feet and flexible legs, agile steps linked to the rhythm.

Its movements are syncopated corresponding to 4 by 8 measure, played by orchestras such as Francisco Canaro, Felipe Antonio, La Tipica Victor, De Caro and Tubatango. Canyengue uses body dissociation for the leading, walking with a firm ground contact and a permanent combination of on and off beat rhythm.

When: Saturday June 9: . 6 to 8 pm
Location: Susan’s Dance Studio, 2146 Ringwood Ave, San Jose
Cost: $30 workshop only. Stay for the “Milonga As in Buenos Aires” at the same location