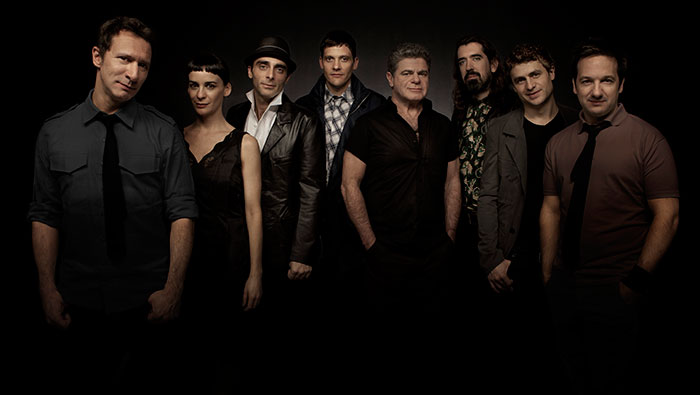 The album released March 5th marks 11 years since Gustavo Santaolalla and Juan Campodónico conceived the idea of bringing together a collective of Argentine and Uruguayan artists dedicated to creating “contemporary music of the Río de la Plata,” the river that separates — and unites — Argentina and Uruguay. Seven albums (two as Bajofondo, a collection of remixes, and five solo releases by Bajofondo members or guests) and multiple tours later, this collective of artists with remarkable individual careers evolved to become a true band known all over the world for its stirring live performances. As Bajofondo’s music constantly grows, evolves, and expands, the denomination of “electrotango” becomes more and more inadequate.

This is a great clip about the making of “Presente”.

Bajofondo puts on a great show and Bimbos 365 is one of the best venues to see them. 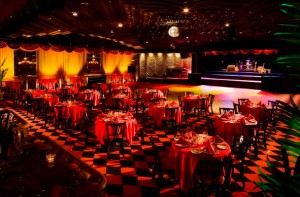 The 365 Club first opened in 1931 at 365 Market Street by an Italian immigrant, Agostino Giuntoli. The 365 Club provided much needed fun for San Francisco during the Depression era. It was crowded with celebrities and stars from across America who were there to see and be seen. On stage, lines of long-stemmed chorus girls kicked high to the music; one of whom was Rita Cansino, who later became known as Rita Hayworth.

Bimbo’s moved to Columbus Avenue in 1951, and the party continued on, eventually became the retro supperclub that it is today.

As for dancing during the show, be warned, most likely you won’t be able to dance due to the floor being filled with excited fans. But if you are feeling very inspired, there may be some space in the back.

This show is guaranteed to be a blast!

Buy your tickets now on Ticketfly.com